Hi everyone!!!  Sara here!  This weekend I got to snuggle with my not so little nephew, Wyatt!!! 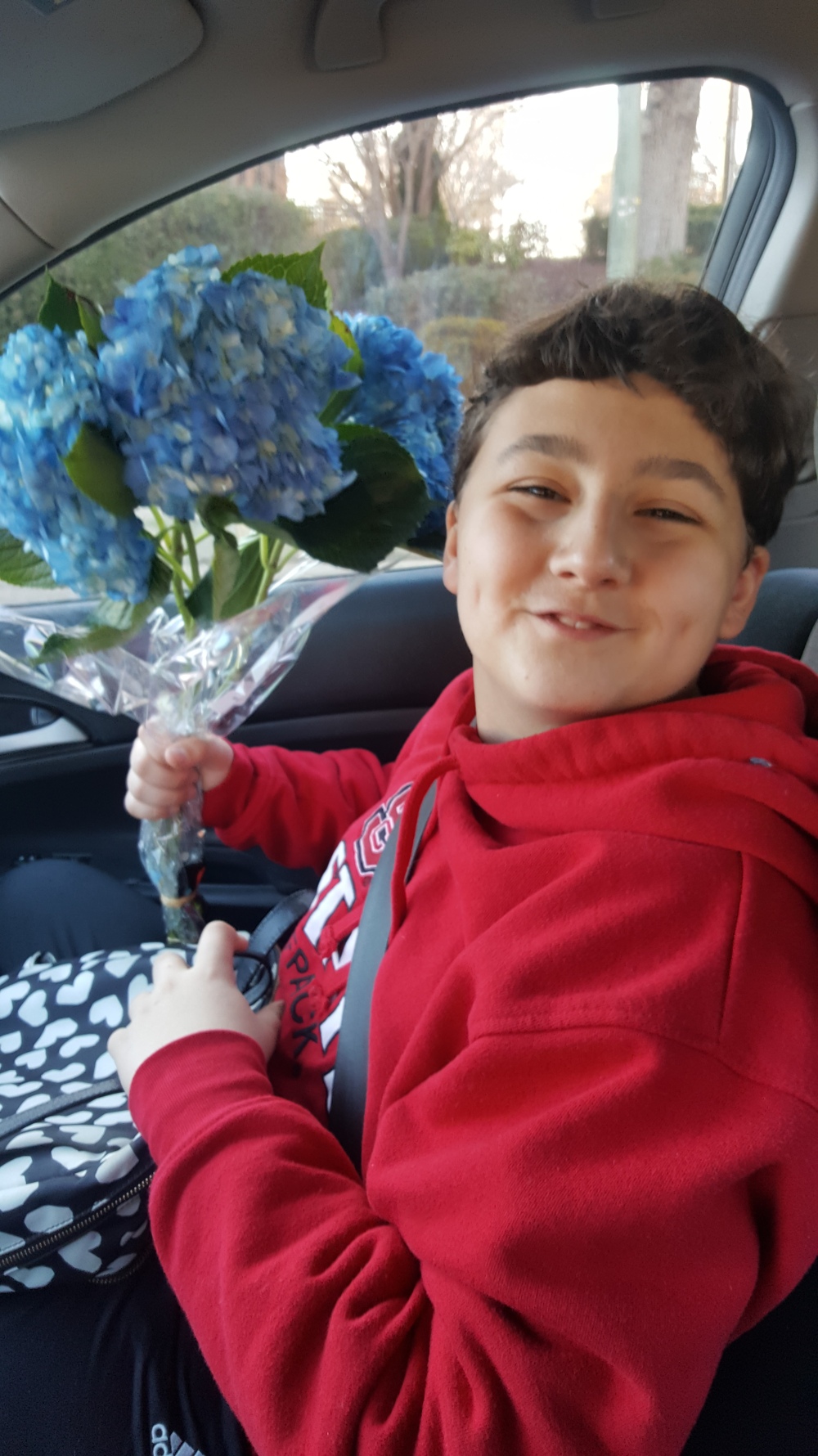 Somebody look how grown!!!

His little brother got the flu (Love you Chasey Poo) so we had an extended stay  and we both LOVVVVVVVED it!  I remember the moment I saw Wyatt in his little hospital tupperware bin, I burst in to tears and the drama hasn’t quit since!  Wyatt is my spirit animal, he is my soulmate. The adventures me and this kid have been on are some of my favorite times of life.  He loves a sleepover (meeee too), he loves to try new foods, even if they’re gross.  We get so tickled together, we talk all night, we plan our next great adventure….we can’t get enough of each other…we even have our own hashtag #adventuresofWoMo So on this sleepover extravaganza Wyatt decided he wanted to cook!  Which I love!!!!!!!!!!!!!  So we picked out a recipe…chicken chow mein, came up with a budget and grocery list and did the damn thing.  We even got some flowers!  Then we got home and cooked our hearts out.    I had him taste each ingredient before we cooked (except the chicken ,we all know how I feel about salmonella!) so that he can start deciding what he likes!

Before you knew it, dinner was cooked and I hadn’t even burnt anything too bad from not reading directions! 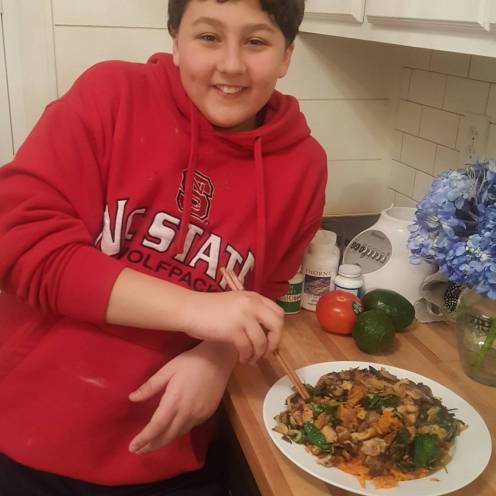 It was delish you guys!  And so fun to do something healthy together!

We needed an after dinner drink so we opted for a cold matcha latte!

Then we got super invested into Kid’s Baking Championship and we fell in love with a sweet boy named Cody.  Three episodes later ***SPOILER ALERT COMING***Cody get the ax.  I found myself getting teary so I look ever and Wyatt is adorably bawling!  So then we start hysterically laughing, while still bawling and he starts saying the most dramatic shit I’ve ever heard…like RIP Cody and he’s dead; we’ll never see him again! Which only sends us deeper in to glass case of emotion. 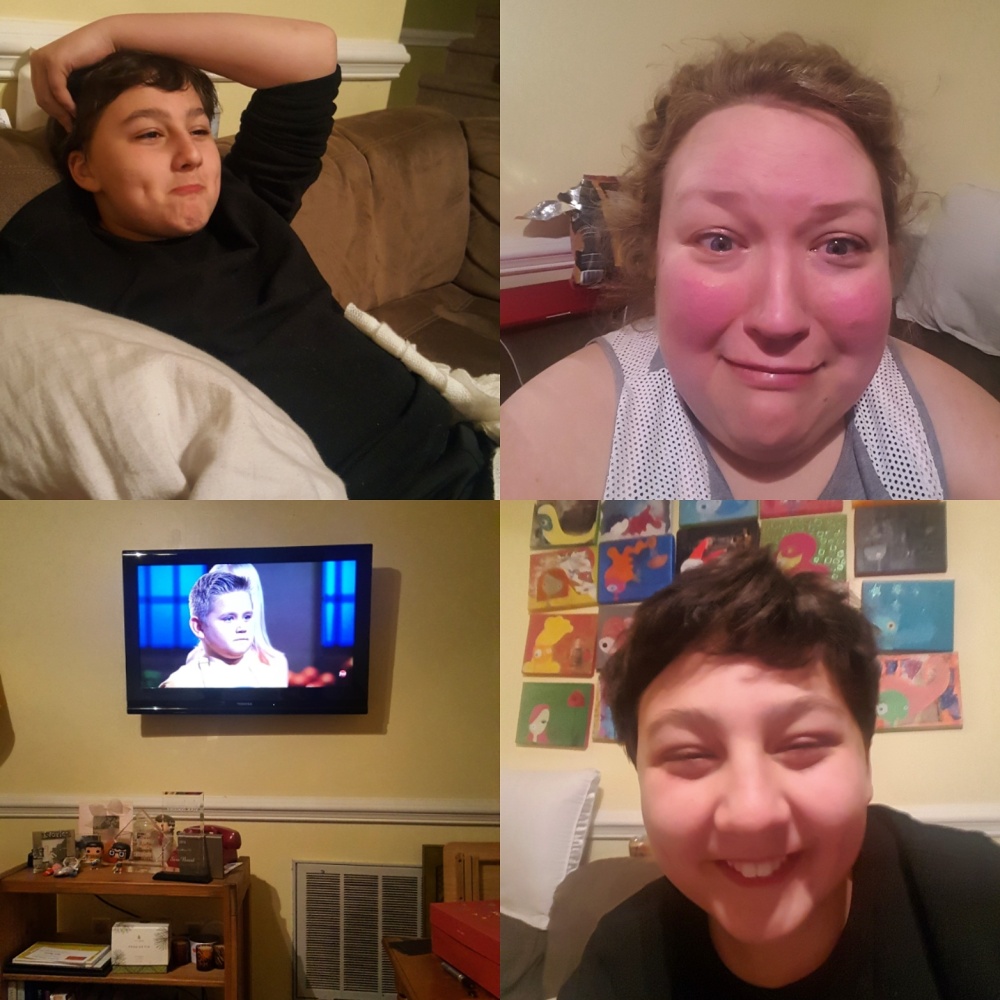 I’ve literally never laughed or cried harder…we called Kelly and it was a 20 minute phone call of laughter.  My boo!!!!!  Then we snuggled up and watched Worst Cooks in America. 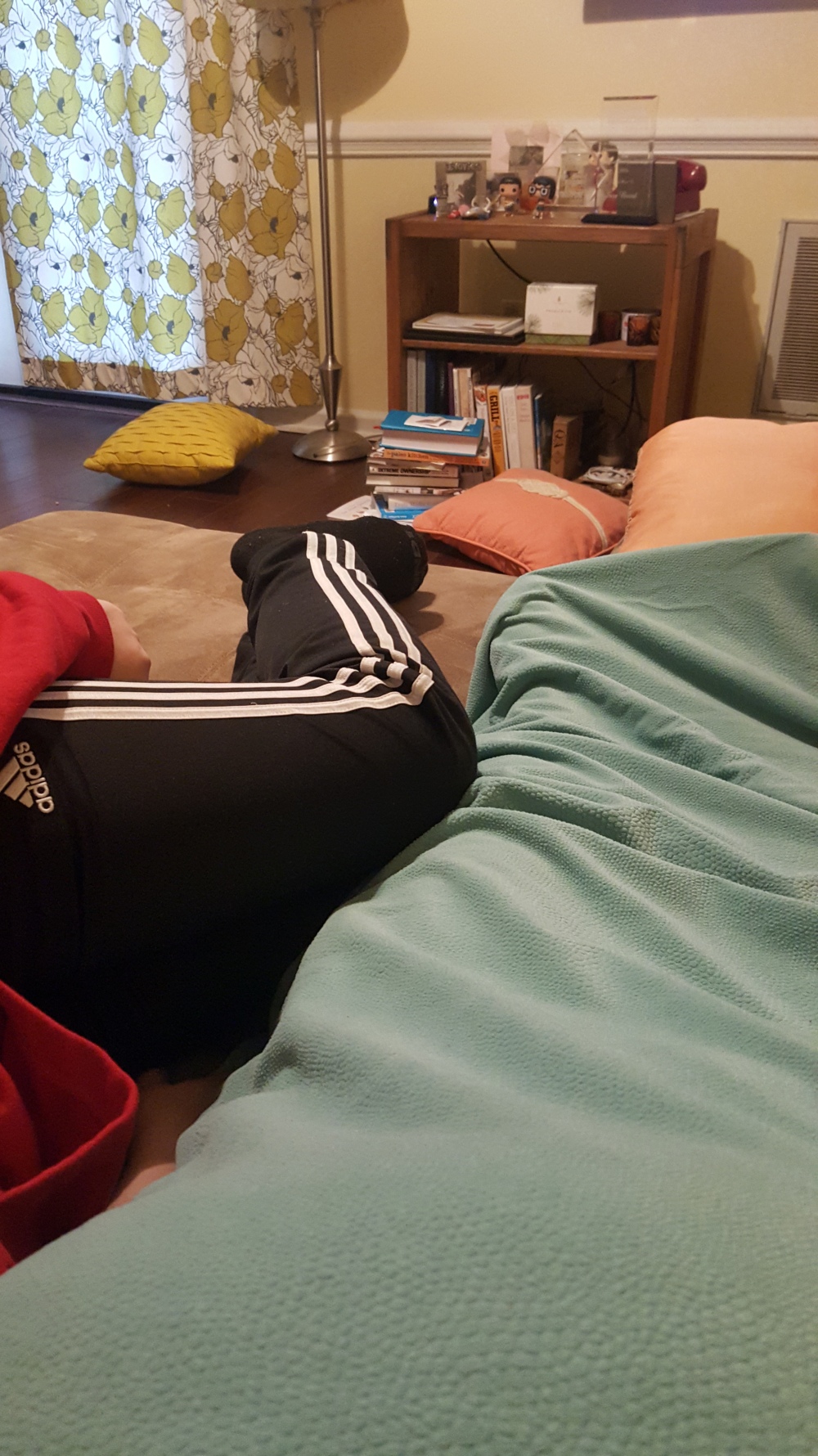 Then the drama continued.  This kid literally spilled every liquid in my house on to the floor!  This is him wiping up his third spill (1st flowers in a vase, 2nd his dinner Italian soda, 3rd his Matcha Latte…almost immediately!

But that lucky little nut didn’t break a thing!  Then we went to bed and woke up stupid early.  That is when we found out Chase had the flu and we decided spending another day together was our best option….and dream come true!  I had A LOT to do this day!  So Wyatt came to work with me.  I told him I would set him up a little corner to iPad it up but he wanted to help Mo (I love him)!

And this angel wanted to really understand how things worked!  He also got so excited when someone beat their week!  He wanted for people to know he thought they were doing awesome so he asked to take this pic! 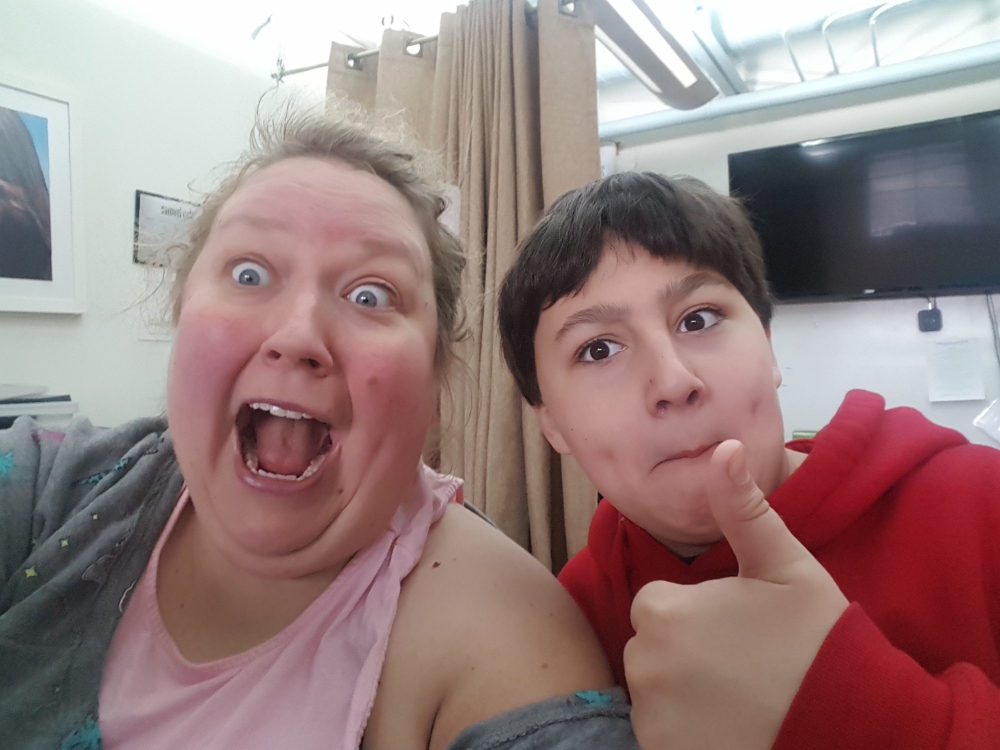 Two hours flew by and all the sudden it was lunch time.  We spent the rest of our budget to grab all the ingredients we would need for egg roll in a bowl.  Spoiler alert, he loved it!

The day flew and then it was time for me to drop my twinnie off at Nanney and Paw Paw’s for another quarantined night.  Wyatt, I love you so much.  I hope that we are always this close and that the adventures never end.  Kelly, thank you for having children!!!!  You made me an aunt and I’ve never loved a title more.  And Chase, don’t ever think I don’t love you every bit as much as I love your brother!!! Lesson learned, say yes to family time!!!  I love you all so much!!!!!!!!!!  Until next week!

The leading Christian magazine in the United Kingdom, helping you connect with God, culture and other Christians.