I talk a lot about my friends and family…they are my life!  But my cousin Kristina was mos def my first built in friend.  I had the greatest childhood and Kristina is a huge contributing factor to that happiness !!! Look how sweet we were!?!? And Uncle Marty…those shorts…hellllo! 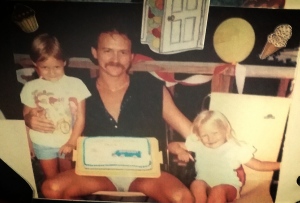 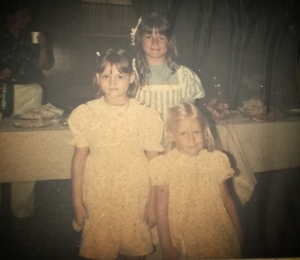 Another sister that would actually play with me! (yeah I’m talking to you Kelly! xo)

This is us on Christmas morning at our Grandma Apple’s…we spent a ton of time together with our grandparents splashing in puddles during storms, spending countless hours at the library and in the cemeteries, sitting outside of haunted houses, playing in the camper, playing Old Maid and Chutes and Ladders on repeat, going to the Piggly Wiggly and playing at the park across the street.  They even took us to Disney World where we spent more time in the motel pool than in Disney and we created our own language to fit in with the international fans of the park! Look at those fanny packs! #toocoolforschool #shegotgumstuckinhersantradedwithme #peopledontforget #sneakysnake  #sushihead

We put on little plays for our family…

But mostly we just played…for hours on end… 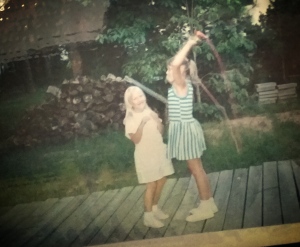 We even Trick or Treated together… 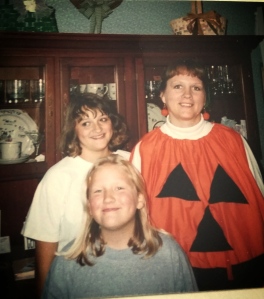 And around this age there was  just tons of driving around in her car, smoking Newport Mediums…woof and singing Fiona Apple, No Doubt and the Dixie Chicks…and being completely inseparable! We went to 100,000 movies, the zoo, watched Miss America while eating chocolate chip mug cookies (which Kristina invented), forced ourselves to watch every scary movie ever made, had one bazillion sleepovers, beach vacations, riding on the nose of Uncle Al’s boat singing Walking on Sunshine, getting whelps from sitting in Jellyfish poison,  rv-ing in the mountains, seeing outdoor plays, played Family Feud non stop on our ancient computer, she would call me sushi head and I would cry(this was on the way to Disney so I was much younger but it still stings! haha), playing on our bicycle built for two and our super cool crutches, we played every game and put together every puzzle known to man and sooo much more! Like any family relationship/friendship there were def rocky times and lots of games where we hit each other violently but the good times always outweighed the bad and I always knew she had my back and I knew I always had hers. 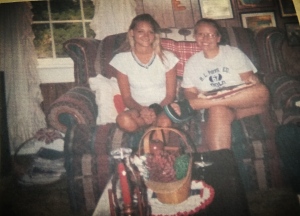 We just remained really close and eventually our circles of friends all merged into one.  Kelly and Katie, Kristina and myself were together most weekends….we celebrated recitals, birthdays,  graduations, weddings, babies and just generally enjoyed spending time together. 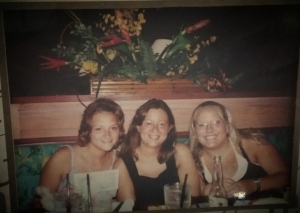 Then the most amazing thing happened…we both became hairstylists and ended up both working at Samuel Cole Salon…for the past nine years!  Who is this lucky to get to work with their best friend cousin sister Kri Kri K-Dog X-Tina five days a week…every week!?!?  Working together has afforded us so many opportunities that we got to share together.  We have trapesed all over NYC together taking the best classes at the House of Bumble, going to Broadway shows, MOMA, eating at some of the best restaurants, performed Thai Chi in Times Square, created a living art instillation,  almost got murdered at the Hotel Chelsea #rapeportal #theshiningmeetscsi,  and stalking…I mean bumping into Rihanna at the W #thereisnophotobcwereidiots! 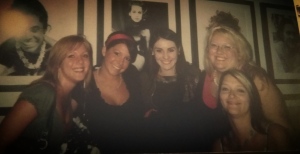 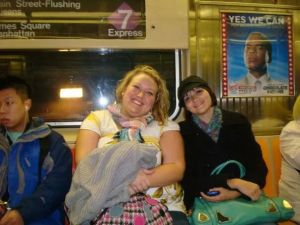 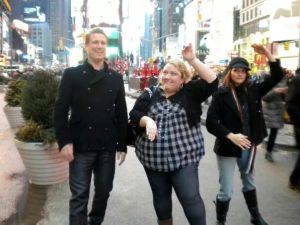 We’ve been through promotions and title changes, countless Bobbies, Grand Re-openings, salon moves and newer Grand Openings, awards, she was even my model for an editorial submission…but most importantly we just got to spend time together!  When Kris first came to work at Samuel Cole, I was so excited I found myself hugging her everyday…no shocker for me right Melinda,  but for those who don’t know my cuz that well…hugging is not her jam.  She had to impose a once a week hug mandate on me…bahahahahahaha! I tried but failed! 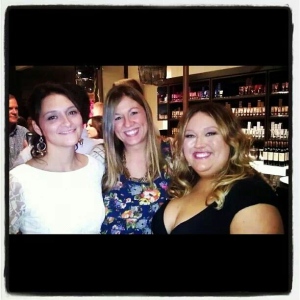 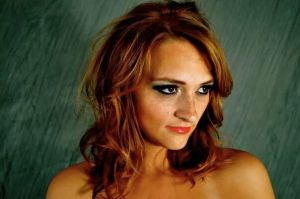 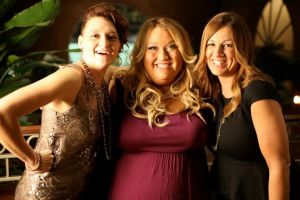 Kristina has the most contagious laugh…she literally cries she laughs so hard, she has unbridled joy for cookies, she so fucking smart and I believe she could perform surgery just through sheer will and determination, she is the best mom and an awesome sounding board with great advice.  Those are the things I’ll miss the most…because my sweet friend  after having her third child has decided to stay home with her  kids.  I love hate this decision soooo much.  But I couldn’t be happier for her and I will just have to trek it out to Wake Forest a little more often…to see her…and her fun kids…and her husband Tim whom I adore #winwinwin!!!  So, to Kristina…I have cried at least three times writing this.  I feel so lucky that we are sooo close and have all this amazing history together. I love you to the moon and back and then back to the moon again.  So many of my fondest memories involve you and I wouldn’t want it any other way.  You are the reason I went to hair school and I just couldn’t thank you enough.  I’m so glad that we get to be a part of each others lives forever.  Love you cuzzy wuzzy. 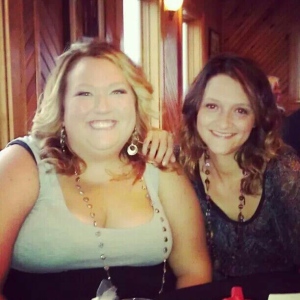 Ps if you are wondering about the title…Our Grandma Apple made up her own pig latin and that is how you say Kristina…Krilfistilfina…Mine is Sarlfara.   Get it..nope we don’t either but we can all speak it fluently somehow! I LOVE YOU KRIS! #bffffffffffffffs #bestcousins #luckytimesinfinity

Godinterest is dedicated to proclaiming Christ and set apart, to save and empower lives.